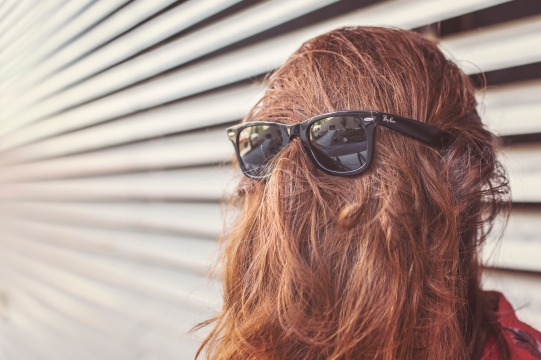 If you are connected with me on linkedin you know that I worked as a freelancer for an advertising agency for a good bit. I will admit working there was a great experience and I learned a lot. There are many things that I took from it and apply it to my current work. Because without the structure and discipline of designing I would have been lost. The first time I realized that work I was doing was actually going to be used for a big client it was life changing. As corny as it may sound it was for me. The reason was because I was so grateful to be given the chance which I felt was going to be coming sooner or later.

When we are designing whether its for ourselves, for a client, or whomever the amount of detail that is devoted towards certain aspects is greater than others. Some people are ok with just doing the work and what the client feels right. Then others go above and beyond each time to produce beautiful work that is appreciated. Now I pay closer detail to how things appear and if they do not feel right I do a little magic (sarcasm) until it solves they do.

Before I would get frustrated and just say you know what “fuck it” this is good enough. I did not understand the principles of putting out work that is a representation of you. The same thing applies to the people who have cheap business cards that end up getting written on and used as pieces of scrap paper. You do not want to be that person. I say this as a designer who wants you to develop a better taste in every aspect of your life.

As a creative individual you are so hesistant to say no. Because we do not realize what we have and how we shape the worlds around us. People do not value designers or matter fact creative individuals as they should. They tend to value other professions but that’s not their fault. So remember saying no allows you to say yes to the right people and things.

When we start out as designers we tend to move a little slower than others. Also not knowing shortcut keys can be a hindrance on your work. I know a good amount of shortcut keys. Matter of fact when I am not in adobe programs I am trying to use shortcut keys. First starting out I became a very tech savy designer before the creativity came to match that. One major thing is learning more of the programs and how to use them effectively. when you are around others who can just fly through projects you realize how little you know and how much it makes you want to do even more.

Being more confident has helped me to tackle work more efficiently. This is constantly a work in progress as a creative individual. Because there is no worser critic than ourselves. I learned that result of doing work that you are proud of shows and others appreciate it. At the agency I was at first nervous about the art director seeing the work but over time I got more comfortable. Because the art director was the person who approved the work.

Layout skills are something that I not very good at. The large amounts of copy would scare me at times. Because my brain would say “now how in the hell are you going to fit all of this in there?”. While overtime I realized you can do it just relax and take it easy make sure its not confusing and its something your grandparents could understand.

While I would get my work looked at by the art director and told what I needed to improve I would take notes. Because there may be some of you who can just remember it verbally but not me. I feel its more effective taking notes. Also you can be more precise in doing what is needed to be done. Another thing it will show is that you took the time to effectively listen to you were being told to do. That to me shows the person who takes a job seriously by doing something simple as that.