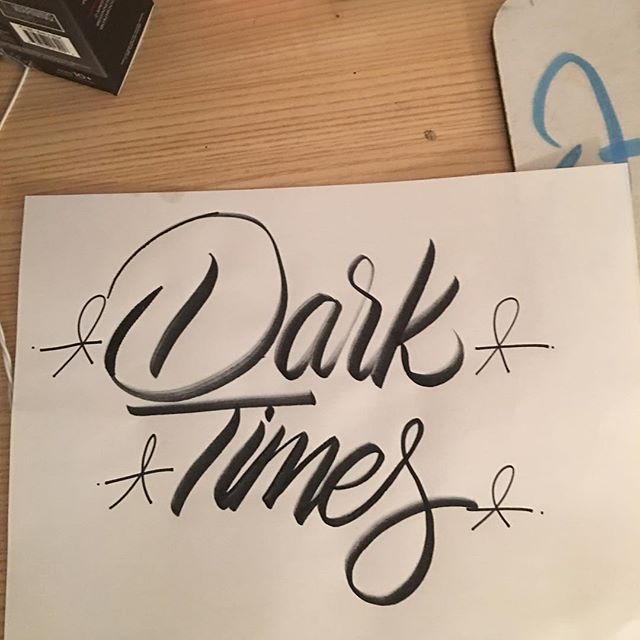 There are many times as a creative person we deal with many dark thoughts are or many different things. But you know that is normal for anyone to deal with. Not everyone on this earth is an angel or thinks positive 24/7.

The times that everything seems to be going wrong for you stop and reflect on the times that were good. Remember what you were doing before hand and get back to doing that. I recently had realized that there were many things that I had started being lazy with. Then I started to get frustrated and depressed a bit.

But I know that before when I was doing certain things such as promoting my calligraphy work, recording multiple videos for my youtube channel and uploading them how much fun I was having. So I decided you know what there is no excuse and that I needed to stop wasting so much time on things. A good example is apps and how you can get so lost in them. You could spend hours doing nothing on them.

Then after you close the app you would say to yourself what did I accomplish from all of the time I spent in it. I said that to myself time and time again. I am NOT saying apps are bad you just should not be spending all day in them if you know you have things you should be doing.

Do not be scared of the dark times when they come. Because they will come no matter how hard you try to avoid them. The main thing to remember it is how you deal with them. You can either let the darkness of times beat you into an oblivion and make you quit or you can fight back.